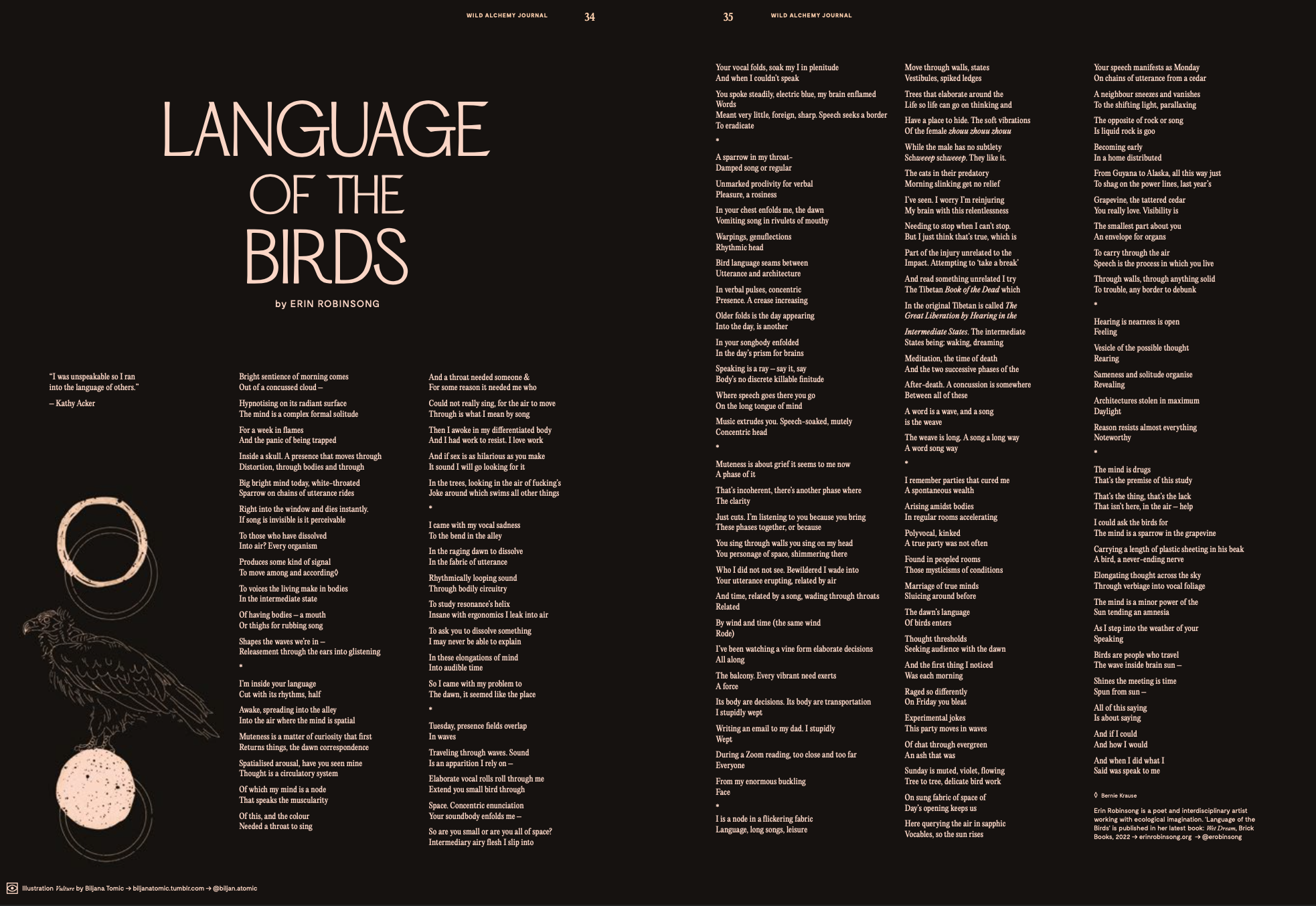 Digital: Extract of Language of the Birds read by Erin Robinsong, sound by Cosmo Sheldrake, video by Jemma Foster.

The poem itself was written over many dawns in the spring of 2021, when I would get up just before it got light and go outside to listen to the dawn chorus in the alley behind my apartment in Montreal. This was inspired by talks I had with Cosmo about his listening practice of 'casting his ears out', and with legendary soundscape ecologist Bernie Krause, who I also interviewed at this time. So I was listening intently to them, at the peak of mating season (April-May in Montreal), at their peak time of day - dawn - and writing at the same time, and this is the poem that emerged from that field of listening.

I sent this poem to Cosmo, which he then sped up 16x, which made it sound like bird speech, and he played this sped-up version to the dawn chorus near his house in England, this May. This was part of a radio doc he made for BBC radio 4 on Between the Ears, called 'Jamming with Birds'. - Erin Robinsong.